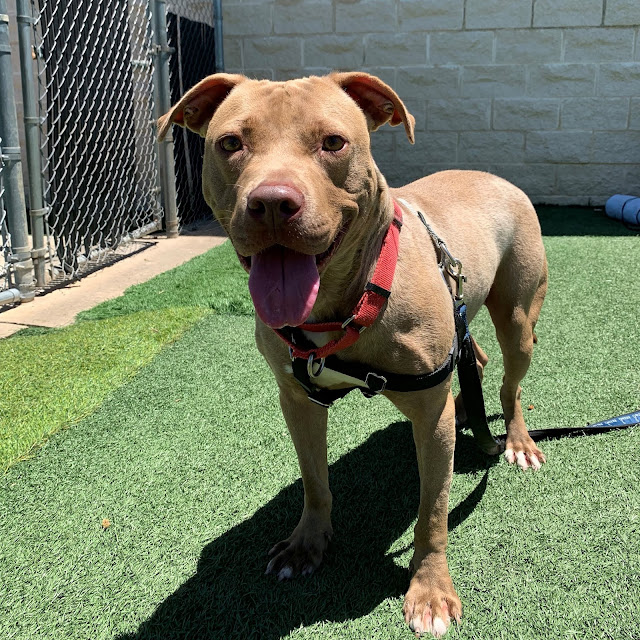 On Friday, September 7, and Saturday, September 8, 2018, the Dallas County District Attorney’s Office, the Dallas Police Department and Dallas Animal Services seized and the SPCA of Texas took custody of 19 allegedly cruelly treated dogs from a property in the 1000 block of Hidden Valley Drive in South Central Dallas. The animals seized include 15 live dogs and four deceased dogs.

Of the living dogs, five dogs were found inside the house in individual crates. One of those dogs would come to be known as Rocky. While some of the dogs at the property quickly recovered from their physical injuries and behavioral trauma, Rocky was in pretty rough shape mentally. Based on his behavior during the first few weeks in our care, our behavior team selected Rocky as a candidate for our Behavior Rehabilitation Program. 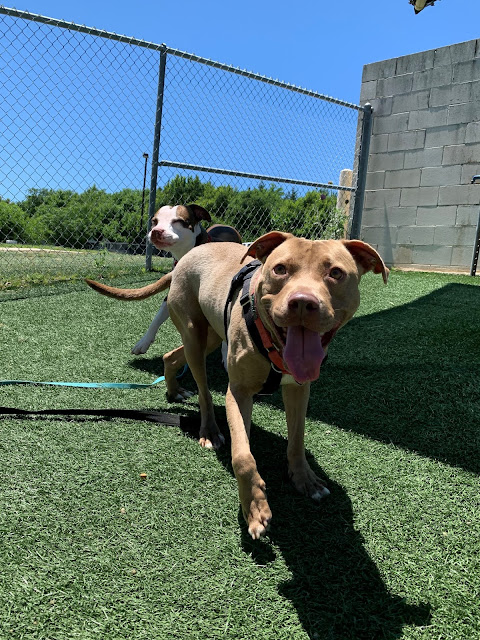 The Behavioral Rehabilitation Program, developed by researchers at the ASPCA, is a structured, intensive curriculum for dogs that exhibit high levels of fearfulness. Through the use of numerous training protocols designed to gradually socialize dogs removed from cruelty, neglect and abuse circumstances. The SPCA of Texas is proud to be the first animal welfare organization outside of the ASPCA to implement this innovative program.

Rocky’s first series of evaluations were a bit, well, rocky. He shook in fear when approached by a person, flinching as if he was about to be hit. He was terrified of other dogs and could not walk on a leash. These results are fairly typical for dogs new to the program, so we use the first official evaluation as a sort of baseline. 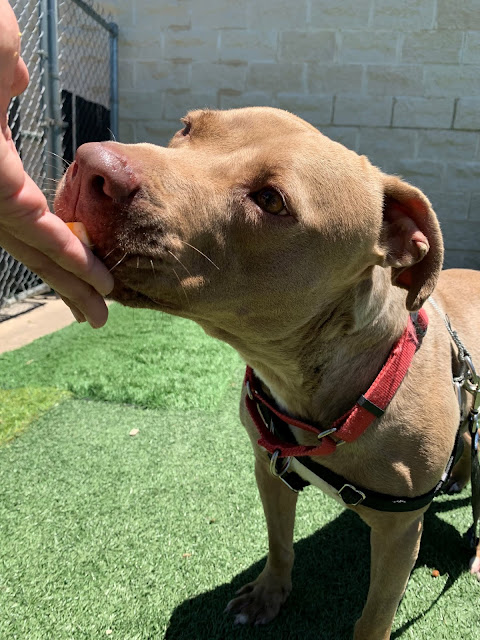 During his next assessment, Rocky showed some improvement, but still had miles to go. He made small improvements over time, until he finally learned to trust people enough to let them touch him. Slowly he learned to walk on a leash and stopped flinching at every sudden movement. Eventually, Rocky learned that a leash meant he got to go outside for fresh air and that other dogs were super fun to play with!

Today, Rocky is a completely different dog. No longer is he a terrified, abused dog huddled in a crate day and night, but a goofy pup who loves to chase his buddy Gritty around the play yard and sit for head pats from a total stranger. Most people walking past his kennel would never know he used to be afraid of humans. Rocky is now available for adoption at the Russell H. Perry Animal Care Center in McKinney, Texas! 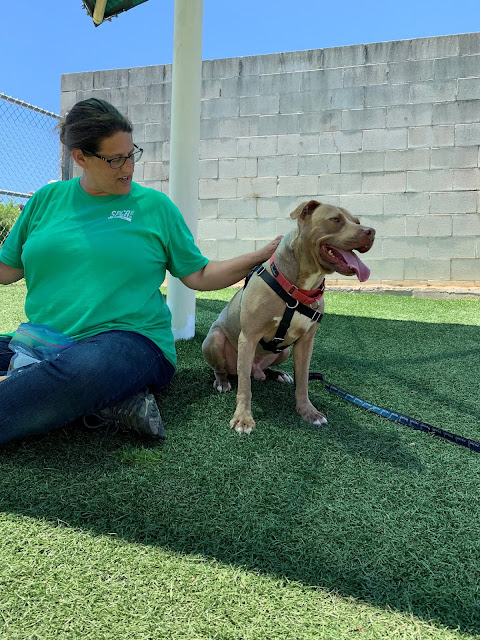 We are so grateful to have the Behavioral Rehabilitation Program as a tool to help dogs like Rocky overcome their extreme fear of people. We’re also so thankful for the concerned citizens, good samaritans and animal advocates like the one that reported Rocky and the other dogs living on Hidden Valley Drive in South Dallas to the proper authorities. Abused animals need humans to be their voice, and we rely on the public to speak up when they see an animal suffering. To report abuse, please call 214-461-1850 or visit spca.org/abuse.