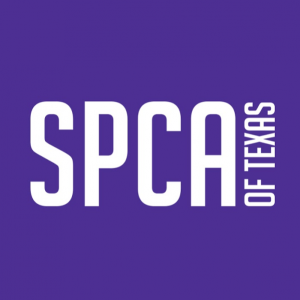 The SPCA of Texas’ strong financial health and commitment to accountability and transparency have earned us a 4-star rating from Charity Navigator, America’s largest independent charity evaluator! This is the SPCA of Texas’ sixth consecutive 4-star rating (2016-2021). Charity Navigator reported that only 13% of the charities they evaluate earn a sixth consecutive 4-star rating. Our Accounting & Finance team, along with our Development team, work so incredibly hard to ensure that our finances are transparent so that our donors know we are being good stewards of their generous gifts.

The SPCA of Texas has also earned GuideStar’s Platinum Seal of Transparency by voluntarily sharing the measures of progress and results they use to pursue their mission. Organizations earn Platinum Seals by selecting from a catalog of over 900 expert recognized metrics or by creating a new metric that best fits their work.

“The SPCA of Texas is honored to receive Charity Navigator’s highest rating of four out of four stars,” said Karen Froehlich, President & CEO of the SPCA of Texas. “It’s important our donors trust that we’re using their donations wisely to provide every animal with exceptional care and a loving home. Our sixth consecutive 4-star Charity Navigator rating demonstrates to our donors and the public the commitment we have for good governance and financial accountability.”

The SPCA of Texas’ score increased from 95.93 in 2020 to 97.80 in 2021. We’d like to say we’re not ones to brag, but well, we think that’s pretty nifty! The SPCA of Texas’ rating and other information about charitable giving are available free of charge on www.charitynavigator.org.

“The SPCA of Texas’ exceptional 4-star rating sets it apart from its peers and demonstrates its trustworthiness to the public,” according to Michael Thatcher, President & CEO of Charity Navigator. “Only a quarter of charities rated by Charity Navigator receive the distinction of our 4-star rating. This adds the SPCA of Texas to a preeminent group of charities working to overcome our world’s most pressing challenges. Based on its 4-star rating, people can trust that their donations are going to a financially responsible and ethical charity when they decide to support the SPCA of Texas.”

Since 2002, using objective analysis, Charity Navigator has awarded only the most fiscally responsible organizations a 4-star rating. In 2011, Charity Navigator added 17 metrics, focused on governance and ethical practices as well as measures of openness, to its ratings methodology.  These Accountability & Transparency metrics, which account for 50 percent of a charity’s overall rating, reveal which charities operate in accordance with industry best practices  and whether they are open with their donors and stakeholders.  On June 1, 2016, we upgraded our methodology for rating each charity’s’ financial health with CN 2.1. These enhancements further substantiates the financial health of our four star charities.

We are so proud to share this achievement with our wonderful supporters. Without your donations, our lifesaving work wouldn’t be possible. To support our continued efforts to rescue, rehabilitate and find homes for homeless pets in North Texas, please consider becoming a monthly donor at spca.org/give.