Handsome Hippo arrived at the Russell E. Dealey Animal Rescue Center along with five dogs, five koi fish, two cats, and one macaw who were all seized from a property in Van Zandt County in June of 2022. Our Animal Cruelty Investigations Unit (ACI Unit) had tried multiple times to work with the owner to make sure all her animals were cared for properly, but unfortunately that didn’t work out.

Our dedicated team obtained search and seizure warrants to remove all the animals from the property, including precious Hippo a 5-year-old orange tabby cat.

Hippo and all his feline buddies were kept in filthy wire kennels outdoors with no litter boxes, and the water in their kennels was black and full of mosquito larvae. Even in the face of such adversity, Hippo weighed in at a whopping 17 pounds! When we first got to know Hippo, he was a little shy, but some kind hands and yummy treats later and he quickly warmed up. His ears were filthy, and his entire body was itchy due to the awful flea infestation he suffered from. We treated him for the fleas, cleaned his ears and prepared him for adoption by providing him with a neuter surgery, vaccinations, dewormer, and a microchip.

He was ready to find his new forever family! We’re happy to report that within hours of being placed on the adoption floor, Hippo found his new fur-ever family!

His adopters have since let us know that he fits in like a dream in his new home and loves to hop on the bed for snuggles. From his new family:

“Thank y’all for all your help finding the right pet for us! We absolutely adore Hippo and all his silliness”

from the SPCA of Texas, to finding his furever home 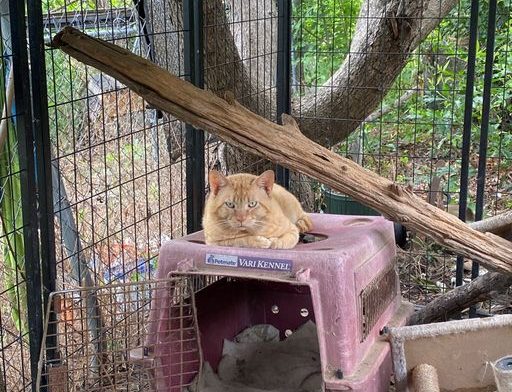 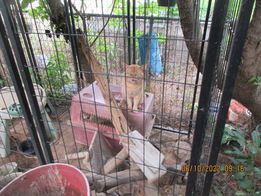 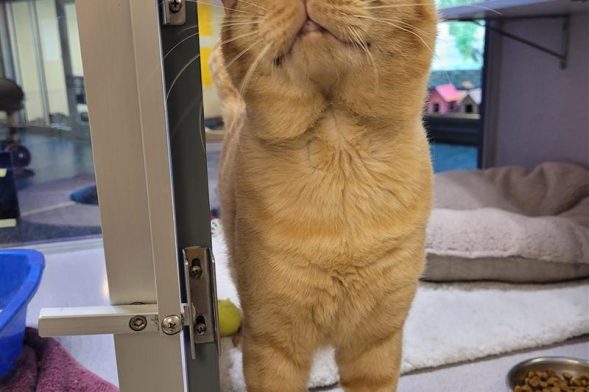 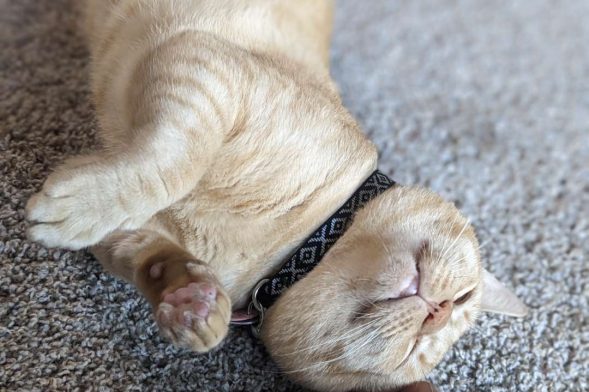 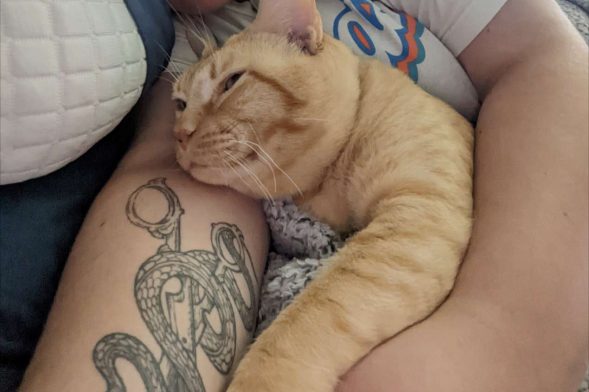 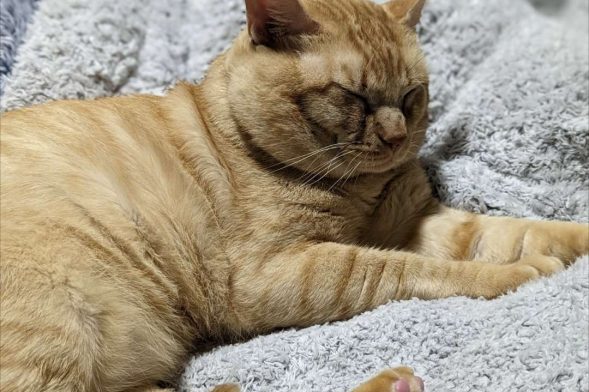 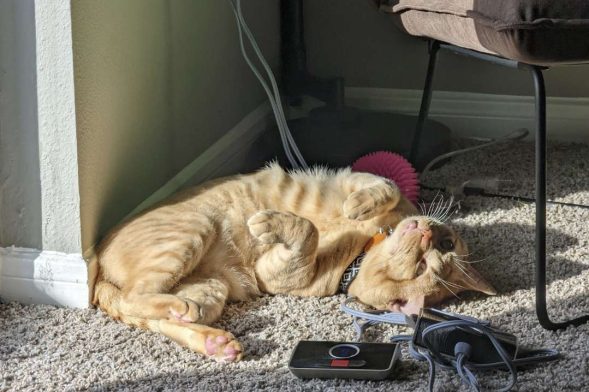 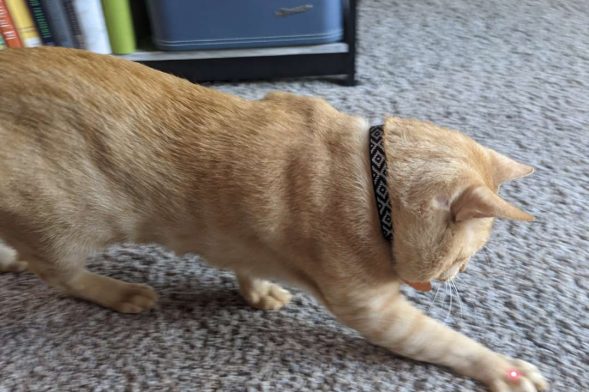