A Closer Look at: Apollo!

This week we want to give you a closer look at Apollo, courtesy of our friends at ReadingGlasses.com! Clearly, this long-term resident hasn’t found their forever home yet because the right person just hasn’t laid eyes on them yet!
Keep reading for more details about this amazing dog! 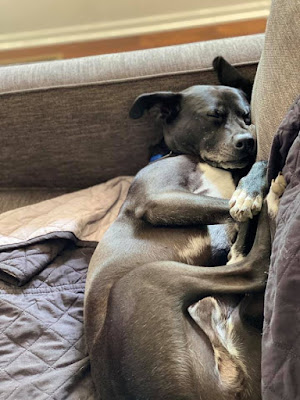 Unique from the tip of his tail to his floppy, expressive ears, Apollo is a goofy pup with a huge personality. Apollo came to SPCA of Texas via a hoarding case back in Feb 2019. Due to his past, Apollo can be a bit fearful in new situations and with new people. But once you get to know him, Apollo loosens up and lets his personality shine. Quirky doesn’t begin to describe him – Apollo is the definition of a class clown! This bouncy pup is always making the SPCA of Texas staff, and his foster dad, throw their heads back and laugh at his antics. 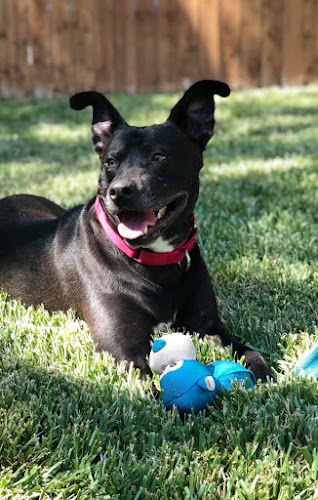 Apollo loves zooming around the backyard, chasing his toys and barking at squirrels, but his true talent is snoozing. You’d never know it watching him play, but Apollo is just about the best napper we’ve ever seen! He will sleep in just about any position – feet in the air, nose on the couch arm, snout thrown back with his lips flopping over to show his tiny front teeth – whatever feels best at the moment! He loves sleeping in and being lazy, likely due to being tired out from playing so hard! 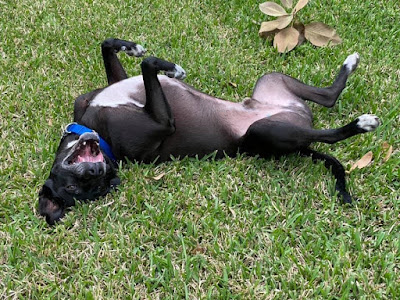 Apollo is looking for a home where can be the only baby in your life – kids and other dogs make him nervous, so riding solo is the best option for him. He’d love a fenced-in backyard (the bigger, the better!) and a big squishy couch for him to take up most of the space on while you rub his belly.
If you are looking for a constant companion, and don’t mind the occasional snores, Apollo is a great dog for anyone who needs a pup to keep them company. Apollo tends to think “stranger danger,” so he’d do best in a home without too many visitors and where he can be given a slow introduction to new friends. To adopt Apollo, please visit spca.org/adopt to make an adoption appointment!
This summer, ReadingGlasses.com hopes to help pet owners enjoy reading outside while their pup plays in the backyard with their polarized reading glasses collection! Apollo is definitely the type of dog who would delight in romping around the yard while you kick back and watch the fun.