Thank you for another successful North Texas Giving Day! 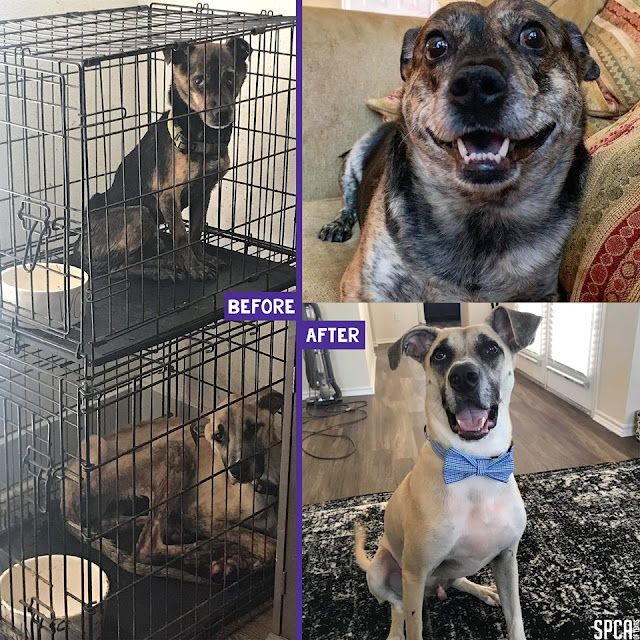 We are so thrilled to announce we raised more than $222,000 last night for North Texas Giving Day. We want to thank each and every person who gave to support our organization and the animals we fight to save. We wanted to share with you a story of two animals who were saved this year thanks to our wonderful, generous donors.

On February 25, 2019 two dogs were removed from a Dallas apartment. The dogs were found confined to separate crates inside of the unit, and both appeared to be severely underweight.

The Dallas Police Department received a call in reference to two dogs found in distress from an apartment manager on February 25, 2019, and DPD’s designated Animal Cruelty Detectives were dispatched to the location. The detectives made contact with the owner, who agreed to surrender the dogs. The dogs were removed and transported to the SPCA of Texas’ Russell E. Dealey Animal Rescue Center, where they were examined by a veterinarian, placed on a starvation feeding protocol and monitored by medical staff.

While the dogs we in our care we called them Dakota and Kingler. The pair left an impression on all of us. When we first saw them we cried. It’s hard to see suffering, but they didn’t want us to be sad, so they did what they had to. They held on and they fought, they fought for their future. They weren’t going to give up. And we’re so glad they didn’t.

Dakota and Kingler have both adopted by lovely people! Kingler is now Bodhi and he is loved, so loved, by his new family. His bestie is the family cat and in every photo we’ve seen of him since he was adopted he’s smiling from ear to ear!

Dakota is now Koda and he’s doing great! He loves his toys and can case a ball for hours. According to his new mom he’s also a bit of a counter surfer. 🙂 He stays close to his mom and rarely leaves her side and she wouldn’t have it any other way.