Bruce was found wandering the streets alone earlier this year. A senior, he just wanted to live out his life in comfort. But there he was. Lost, alone, and scared. When he walked through the doors at the SPCA of Texas, we knew he needed a lot of care and even more love. He had a heart murmur, had several teeth removed and was heartworm positive. Despite all his challenges, he remained a cheerful and loving dog.

We treated his medical conditions and gave him tons of love until he was ready for adoption. One day not too long after, his forever family discovered him, fell in love with him and took him home. In their words:

Back on May 26, our friend and Bull Terrier Club of America President Glenna Wright posted that Bruce was in a shelter in Dallas and needed a good home. They weren’t sure of details at the time but indicated he was more than six years old, heartworm positive, and, aside from some serious dental neglect, was for all intents and purposes a sweet boy.

Monique and I have two Bullies (Bull Terriers). Brutie (Bruce) was a rescue via Blue Ridge Bull Terrier Rescue. Brutie joined our household in February 2020 right before the world went on lockdown. Absolutely hands down the sweetest dog with people and other dogs we’ve come across. He spent the pandemic making daily “motivational smile visits” to some of his favorite stores, and still does today. Almost polar opposite, but still sweet, is Arti (Arthur) who just turned seven. We rescued Arti when he was just eleven months old. He also came from out east and although just as lovable, he’s energetic and loves chasing his ball around the yard. So, you could say we have a type. Anything Bull Terrier!

We’ve been involved with Bull Terriers, rescue, and Bull Terrier transport for about ten years. In St Louis, we are one of the few local “Veteran Rescue Specialists” that get called by animal control when there’s a Bull Terrier picked up or surrendered to handle evaluations. The breed that’s synonymously identified with Target (Bullseye the Bull Terrier), Budweiser (Spuds McKenzie), and celebrities/royalty like Taylor Swift, Channing Tatum, Marc Jacobs, Tom Hardy, President Roosevelt, Princess Anne, and General Patton isn’t as prevalent as most other breeds so when a Bull Terrier walks on the scene its sure to garner a few comments from onlookers. I think it’s that quirkiness and slight rarity that has drawn Monique and I to work with only Bull Terriers. We’ve fostered dozens, transported more than 100 (even 9 puppies at once!) long distances and always have an open spot in the home for a Bull Terrier in need.

Monique will tell you that it was just a sense, but more so the name and age that drew us to Bruce (now Duke). What little we knew was that he needed a lot of care. Older dogs tend to get overlooked for adoption, though they happen to be some of the sweetest in our opinion. He was getting plenty of it from SPCA of Texas and when we asked questions, they responded quickly. When we asked more questions, the answers came via proof of solid medical care, records, treatment plans, phone calls, emails, and photos. For all the shelters and rescues we’ve dealt with, we can assuredly say SPCA of Texas could give some serious lessons! Bruce (Duke) presented with some issues. Eye and ears, as well as skin sores and some pretty nasty teeth that had to be extracted. We made contact in late May. Waited for dental surgery and healing by mid-June, but heartworm treatment meant he needed 30 days of antibiotics. When he finished that we should have been able to spring him, but the shelter went into lockdown because of a distemper outbreak, so we had to wait another month until mid-July to come get him. There is no denying that good things come to those who wait.

Given we transport dogs long distances to new owners or rescues, I don’t think we gave a second thought about Dallas being far from home (630 miles if you’re checking GPS). He was an innocent dog stuck in a shelter in need of a safe place to call home and continue his medical treatment.  Others might find it a little crazier that my work took me driving to Reno first, then down to Las Vegas, then over to Fort Worth before picking him up at the SPCA of Texas.  As you can see from the photos of our meeting on July 18, it was pretty much a given I wasn’t leaving Texas without him! We adopted him the same day thanks to Bissell Pet Foundation’s “Empty the Shelters” campaign, I proudly loaded him up for our ride home to St Louis. His photo in the passenger seat we think says it all!

Duke has now completed three rounds of heartworm treatment, administered by the VCA Animal Hospitals (All Creatures- Cloud Animal Hospital) in O’Fallon Missouri (20 miles from downtown St Louis). We still have 60 days of keeping him calm while the meds do their thing but that’s a small sacrifice for the lifetime of happiness Duke will bring.  Thanks to SPCA of Texas and VCA, he’s a healthy 72 pounds of solid muscle and joy.

With the efforts and hard work of SPCA of Texas and partnership with VCA, Dr Catrina Horvath and the local VCA staff have worked closely with the SPCA of Texas to ensure Duke receives the highest quality care even several states away from SPCA of Texas. We just aren’t at all used to that kind of cooperation over state lines when it comes to rescues and treatment. I mean we’ve gotten nice discounts on pet care from other animal hospitals when it’s a temporary foster, but this just kind of blew us away when she said his heartworm treatment was entirely covered by VCA/SPCA.

He’s learning manners, and that his brothers really do like him-even when he barks loudly. He’s made an impression on everyone he’s met, and we love that he’s fitting in nicely with our little pack. Although out of our territory, we will continue to support SPCA of Texas and all the amazing work they do for animals in need.

“You Can’t Change a Dog’s Past, But You Can Rewrite Its Future”  *author unknown

from the SPCA of Texas, to his furever home 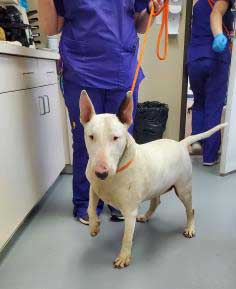 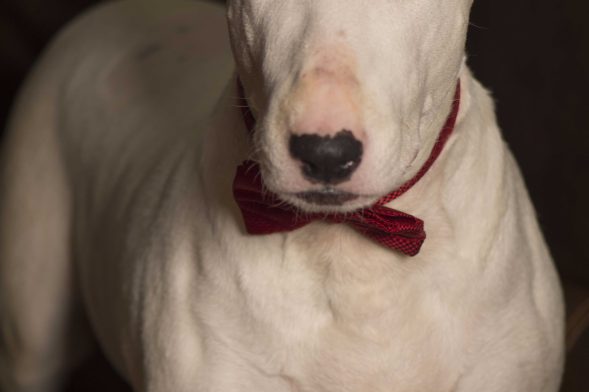 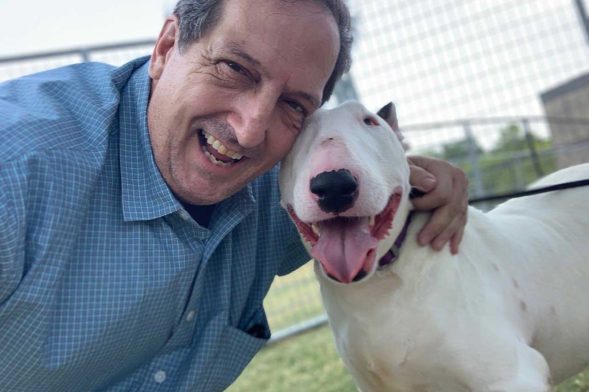 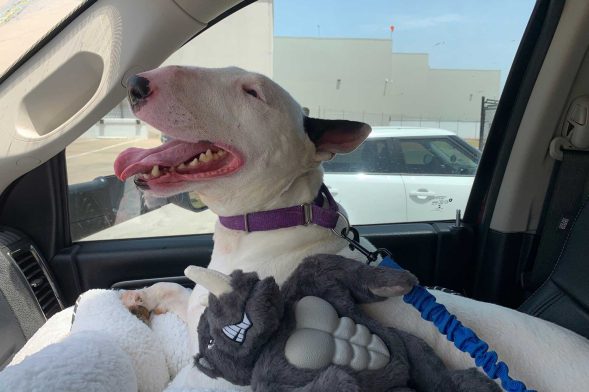 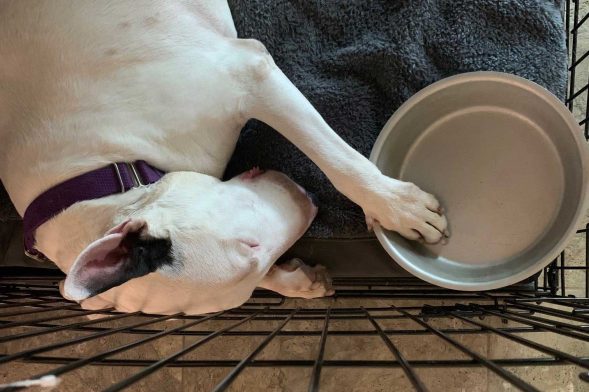 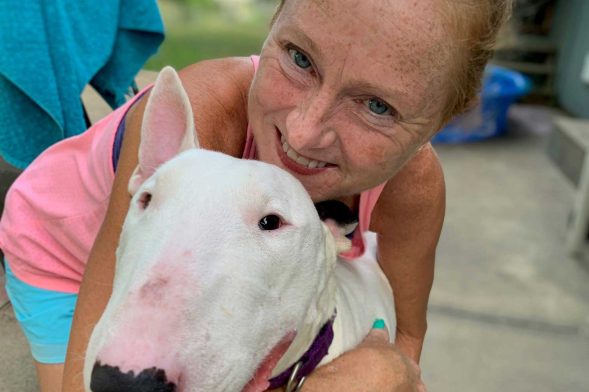 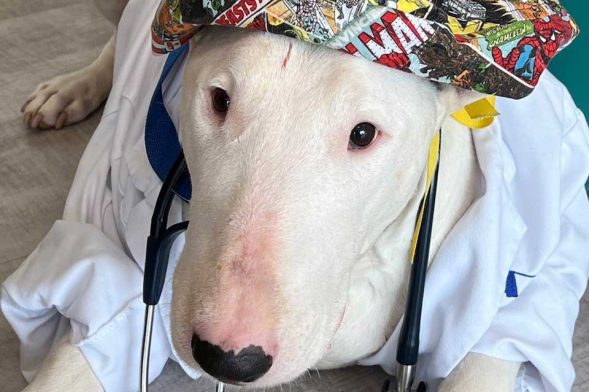 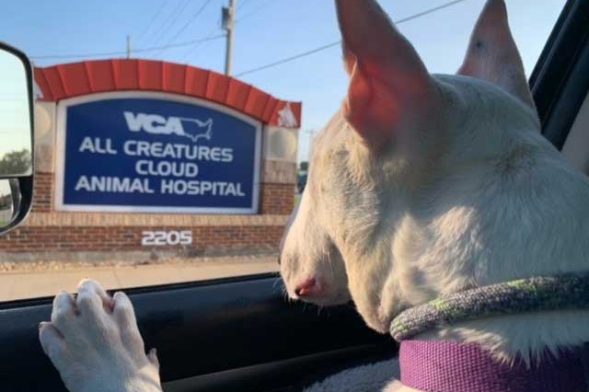 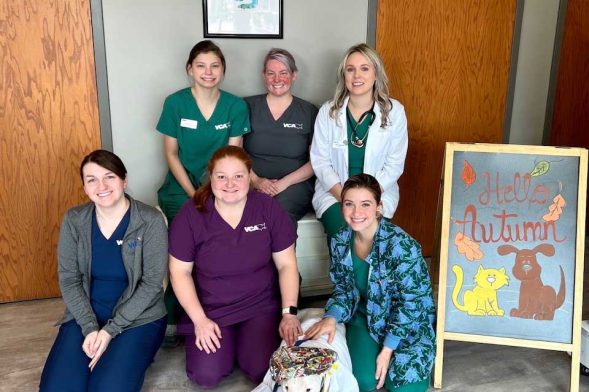 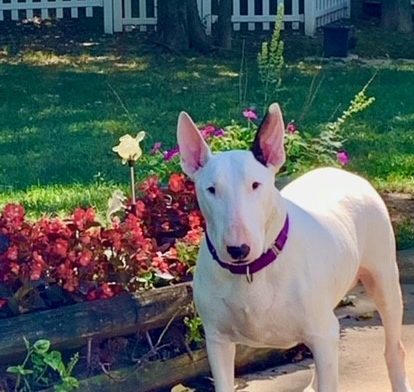