Trap-Neuter-Return: How YOU Can Help! 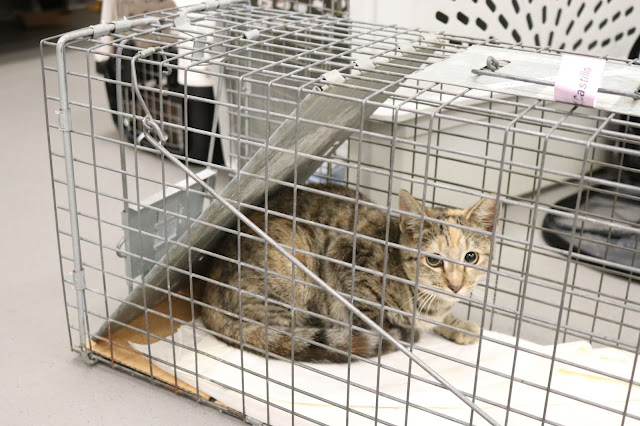 Did you know that the SPCA of Texas offers spay or neuter surgery for just $50 for feral cats?

It’s National Feral Cat Day, so we are hoping to recruit more citizens to help us reduce the stray cat population through spay/neuter!

In the United States, there is a population of about 60 to 100 million feral cats. Most of these felines have either been dumped or are the descendants of cats who have been dumped. They mistrust people, often with good reason, and they live in groups known as colonies.

Feral cats are a great challenge for cities and humane organizations because they comprise a huge percentage of the pet overpopulation problem in America and a large percentage of cats euthanized by animal shelters. Many end up at animal control agencies at a large cost to taxpayers and an emotional burden to shelter workers. Recently, a few agencies around the country have begun promoting the benefits of “trap/neuter/return” programs, which include reduction of animal shelter costs, impoundments, cat complaints, and number of cats euthanized.

Most experts, including the American Veterinary Medical Association, Texas A&M University and Tufts University veterinary schools and Stanford University agree that the best and most humane way to manage a feral cat colony and gradually reduce its numbers is through the trap/neuter/return method.

This method involves spaying and neutering the cats and returning them to their environment to be overseen by caretakers – people living close to the colony who can provide food, water and shelter for the colony. A small notch in the cat’s ear made during surgery makes it easier for caretakers to identify previously sterilized cats and notice if new cats have joined. The spay/neuter surgery improves the cats’ behavior – there is not the spraying, breeding or fighting associated with non-neutered colonies – and the colony will maintain its area, keeping the rodent population down and keeping other cats from joining. Eventually, the cats in the colony die off, without replacing themselves with other members.

You can help manage the feral cat population in your community by purchasing or renting human traps and bringing in the cats for spay/neuter! By donating your time, effort and $50 for the reduced-cost surgery, you can make a difference in stray cat overpopulation.