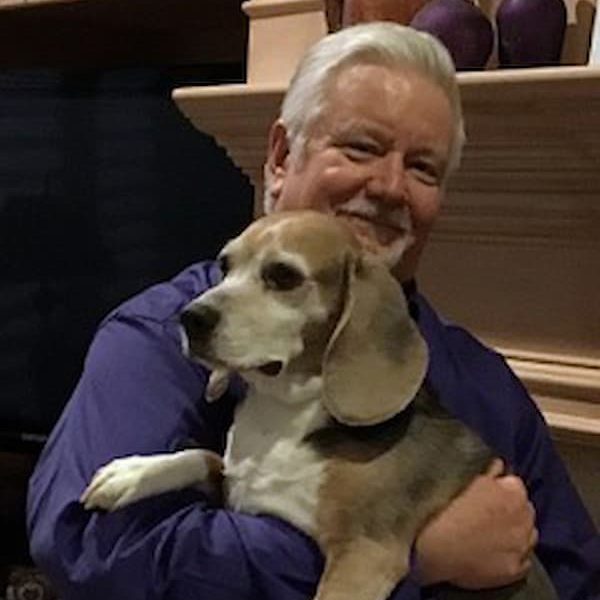 Dr. McKelvey grew up in Lawton, Oklahoma before attending veterinary school at Oklahoma State University. During his childhood, his entire family was involved in everything from cattle ranching to racehorse breeding and training. That, along with the constant pack of dogs around his home, instilled the passion for becoming a veterinarian at a very early age.

He has been a veterinarian in the DFW area for the past 35 years. From 1982 until 1996, Dr. McKelvey owned Beltline East Animal Hospital in Sunnyvale on the eastern side of the Metroplex. In 1996, he decided to join the VCA family of veterinary practices as the first VCA hospital in Texas. That led to his current position as President of the Veterinary PC and Regional Medical Director for VCA, currently overseeing the medicine practiced in over 60 VCA hospitals in Texas, Oklahoma and Louisiana.

Dr. McKelvey met his wife Janet in 1996 and the couple was married in 2002. Currently, they live on five acres in Heath, Texas with two spoiled rotten Beagles, one of which they inherited after he had been abandoned at one of the VCA hospitals. In their off-time, they love to travel pretty much anywhere. Italy and the tropics seem to be ever present on their destination list. Even though Dr. McKelvey has not treated any horses in years, he still has a love for the horse races. Dr. McKelvey and Janet try to make a pilgrimage to Saratoga Springs, New York every August for a week of cool weather and racing.